D-Day and  Battle of Normandy

On June 6 1944 the greatest military operation, combining naval, air and ground forces took place in Normandy.
D Day is the first day of a campaign which is going to last 100 days. The Battle of Normandy ended with the encirclement of the German forces in the so-called Falaise Gap.

To Discover and experience the historical area of the Battle of Normandy,  I do offer private tours,  tours for groups (adults and school groups) covering the American, Canadian and British sectors over half a day to 2 days.

A  full day tour is  ideal to discover the  highlights of the D Day landings. 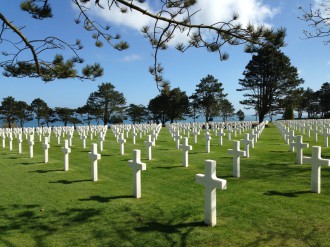 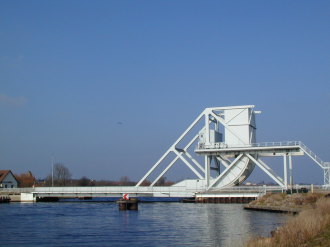 Hillman bunker headquarters to the German 736th Regiment were an inland defense overlooking the beach.
Juno Beach.  Gold beach and Arromanches : The Mulberry B to understand the essential role of the logistic. Longues sur Mer is the only german coastal battery with the original guns.
Bayeux, first town liberated. Bayeux War Cemetery is the main Commonwealth cemetery in Normandy.

A half-day tour is to give you an overview of what happened on the Normandy Beaches in 1944.
We visit the most popular and well-known D-Day sites.

Pointe du Hoc  is renowned for the assault conducted on 6 June 1944 by the 2nd U.S. Ranger Battalion in order to neutralize the German artillery battery. Omaha Beach,  to understand why the 29th and the 1st division lost so many men, American cemetery Colleville-sur-mer, situated above Omaha beach, is the resting place of 9.387 service men and women during the Battle of  Normandy 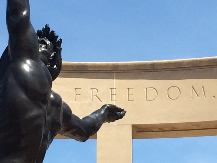 This tour is to understand in details why Omaha beach was  the most difficult landing of the five D-Day beaches.
Omaha beach Easy and Fox sector. We will understand the german defensive positions , the difficulty of the topography, the courage and the sacrifice of the men who landed there. WN62 (german position) , Easy red Sector, US american Cemetery. 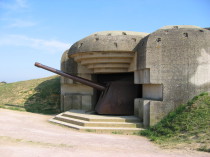 Gold beach and Arromanches : The Mulberry B to understand the essential role of the logistic. Longues sur Mer is the only german coastal battery with the original guns.
Bayeux, first town liberated. Bayeux War Cemetery is the main Commonwealth cemetery in Normandy. 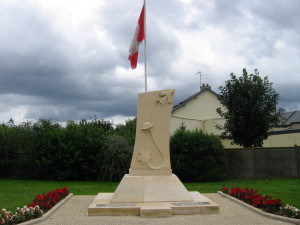 In the footstep of troops

Most of the people coming to Normandy visit the D Day Sites. We do suggest to follow the progress of a regiment or a division to understand and experience the difficulties to get to their objectives.

59th (Staffordshire) Infantry Division : This division took part of Operation Charnwood, in the north-western outskirts of Caen, fighting heavily against elements of the 12th. SS.Panzer Division.  59th Division's last major action was in the town of Thury-Harcourt.